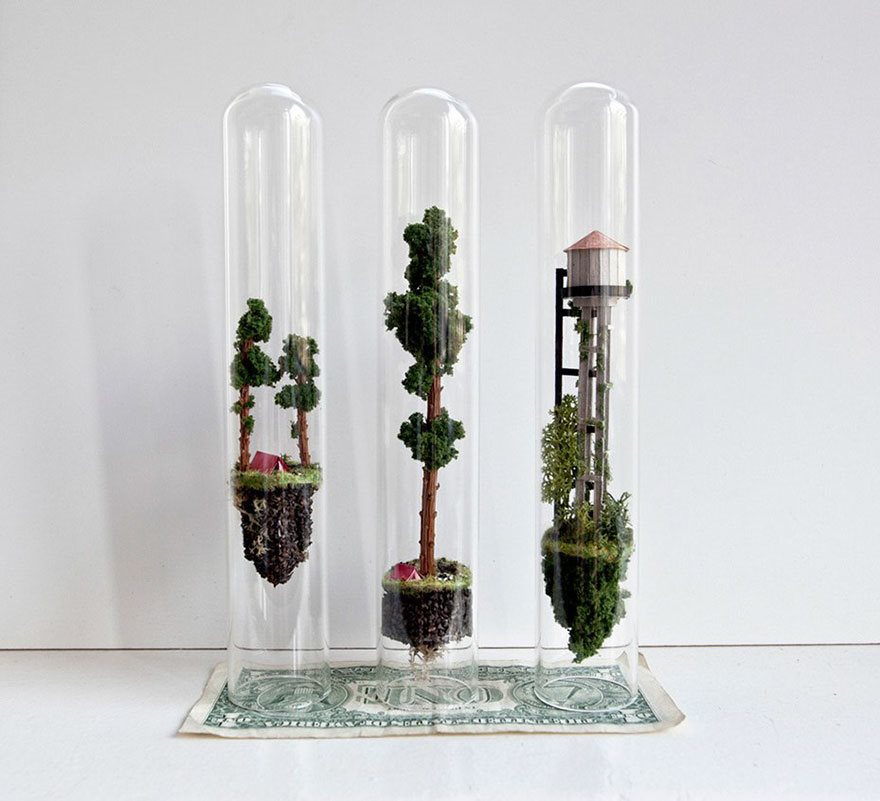 They say that beauty is in the eye of the beholder and the floating test tube art that Dutch artist Rosa de Jong creates is both amazing and truly beautiful.

de Jong’s miniature sculptures suspended in a test tube is a new and unique take on those old tired ships in a bottle that were once so popular. de Jong creates her art from object finds in the great out of doors using objects such as sticks her cat brings her, to rocks from campsites on Curacao and even sand from the Monument valley. One of the things that makes her art work unique is the way de Jong uses suspension to make it appear as though her tiny sculptures appear to float in the air.

Each of de Jong’s creations are finely detailed and takes less than a day to complete. According to de Jong none of her artwork is planned in advance she just starts to put it together and see where it goes. So far her her test tube creations has included such miniature sculptures as trees, tiny houses, tents and even water towers. Here miniatures look so realistic many people wish they could live in the worlds that she creates. 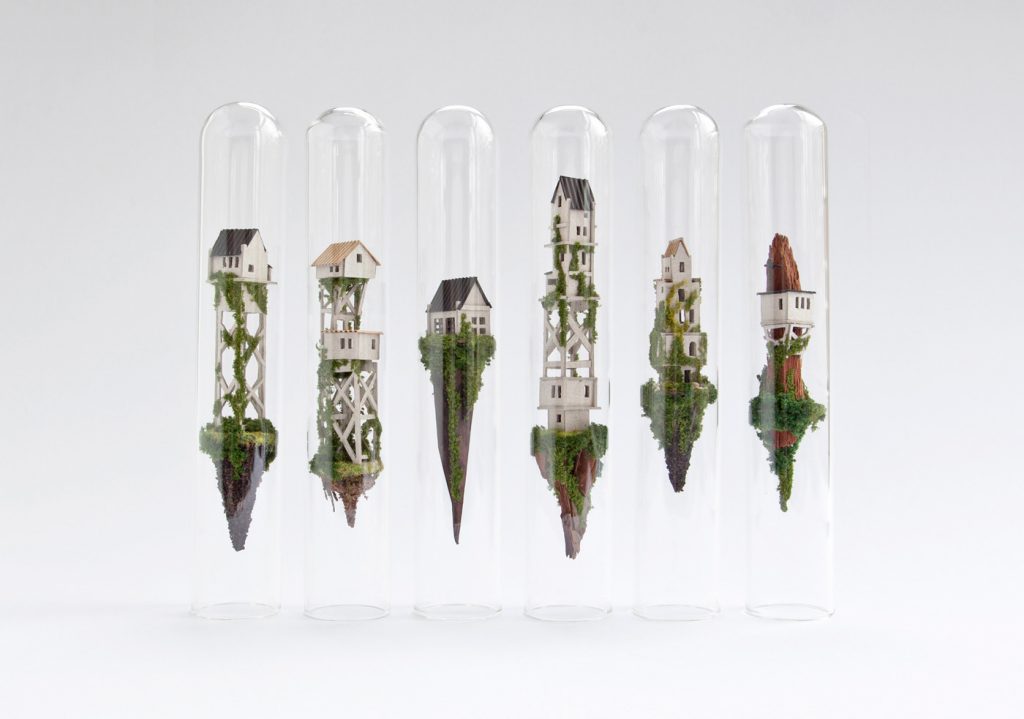 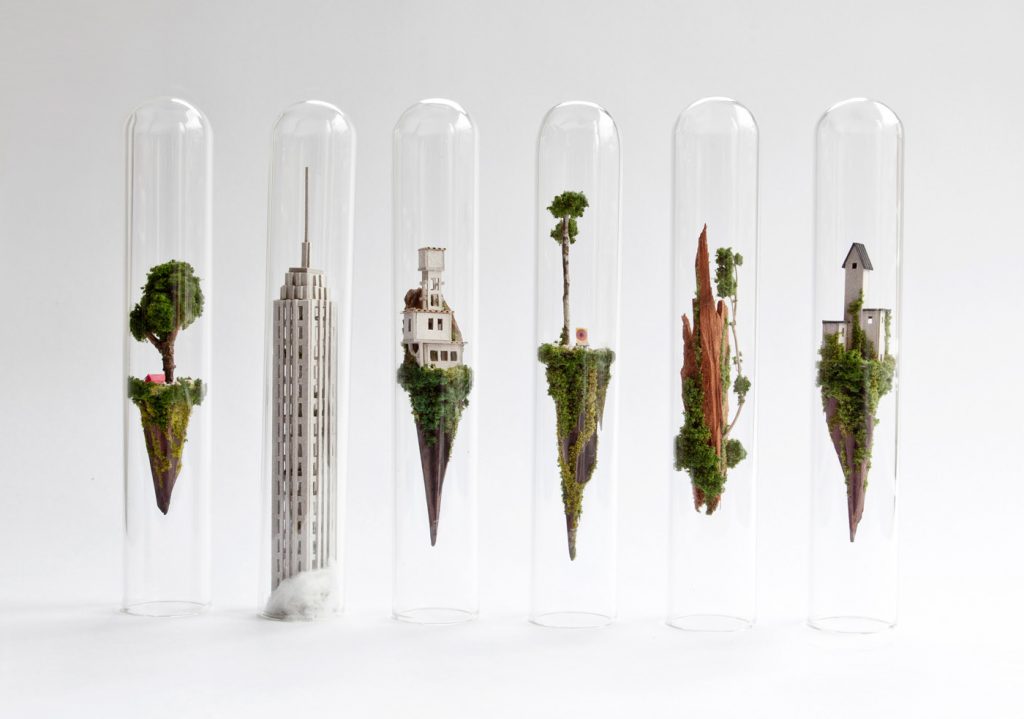 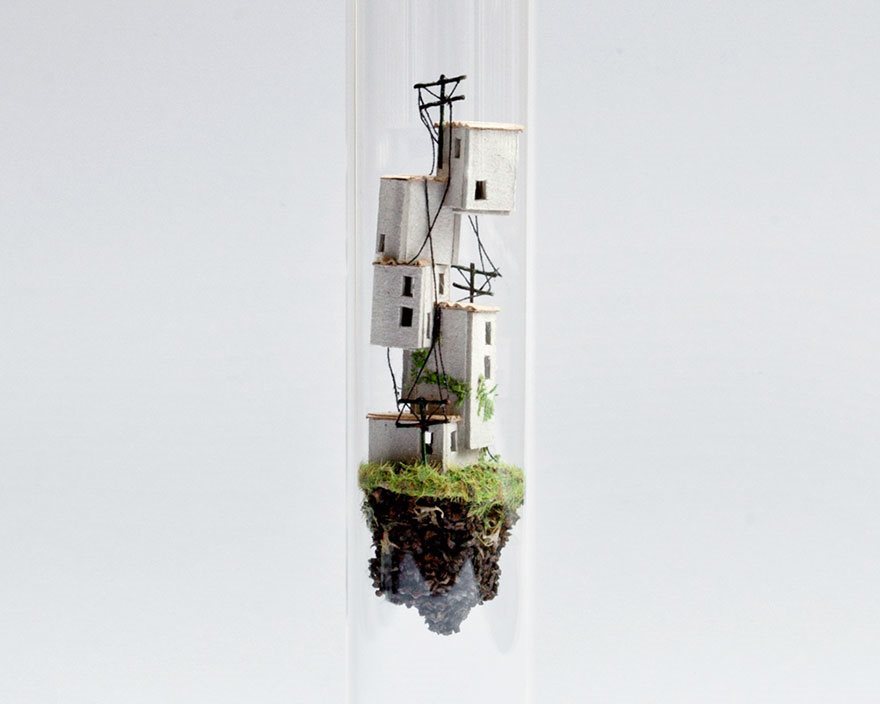 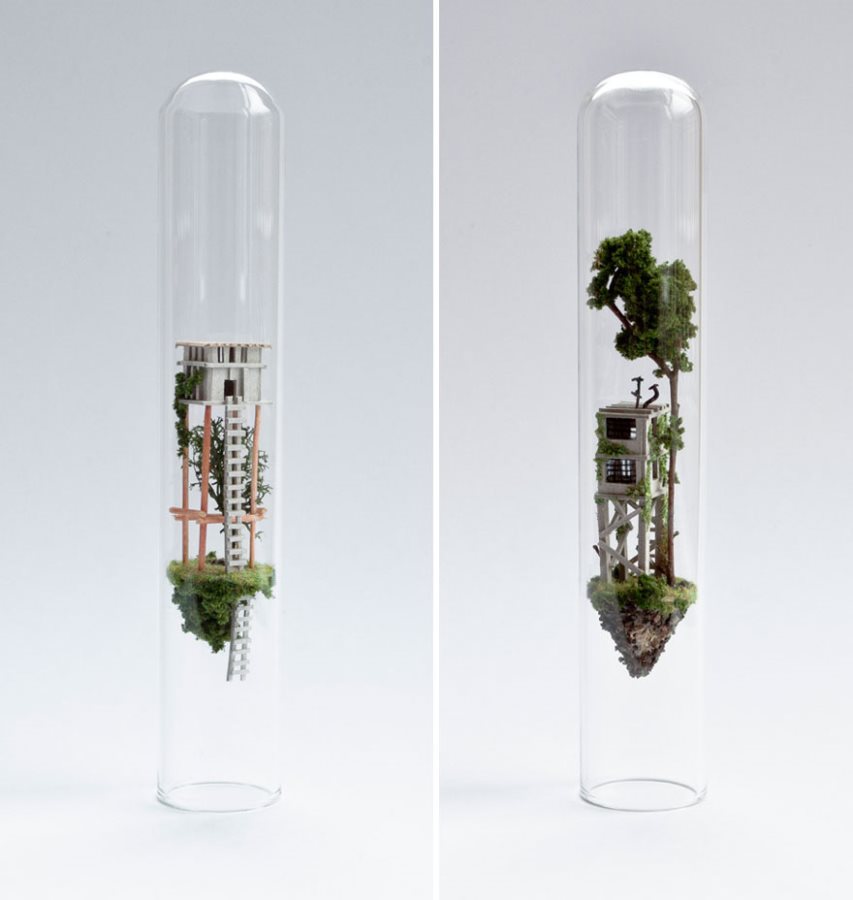 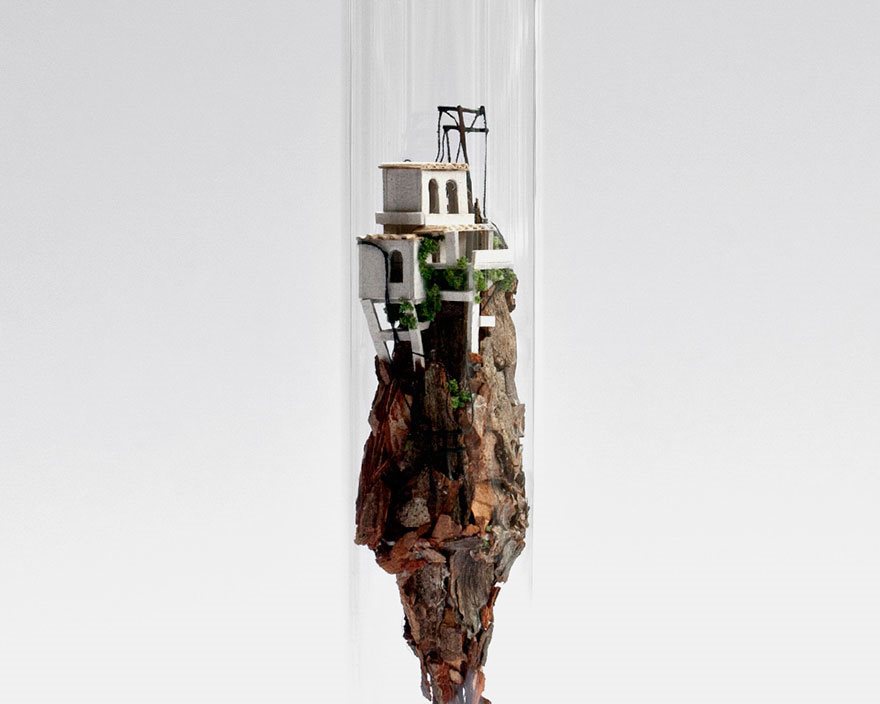 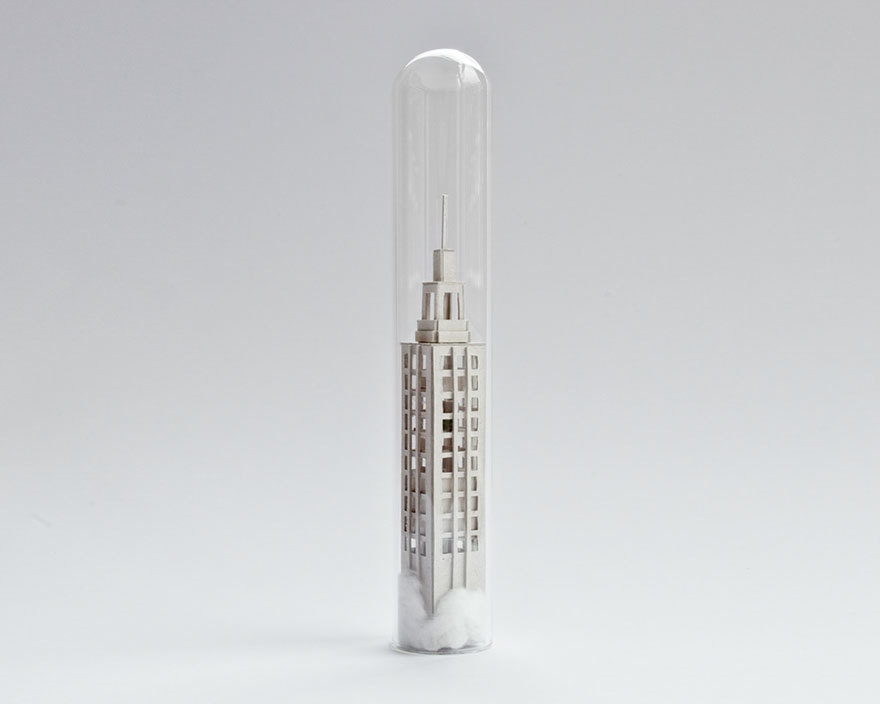 Rosa de Jongs test tube creations are part of a series she is creating called Micro Matter. She is also in the process of setting up a web-shop where individuals may soon be able to purchase one of these miniatures to display and enjoy in their own home.

Sylvie Facon, the designer of works of art into dresses

From Forgotten Scrap To Wondrous Art: The Work...

I think that these are so beautiful, I would really love to have one, but know that I could never afford one. But thanks for the pictures though.

Same as above, they look great, but you know they will be like $300 or something. Great idea and execution though.

These are breath taking, I want one so badly!!!

Would love to own something so unique