The 11-foot-long, ravishing 1957 Chevy motorcycle created by French engineer “Lupo” is a complete masterpiece that had left motorcycle enthusiasts everywhere in awe. This standout Chevy bike presents some neat, distinctive features resembling the classic 1957 Chevrolet Bel Air. The gigantic tailfins strutting out the back, chrome rockets at the front, and vibrant exterior offer an offbeat yet highly aesthetic vibe. If you’re a Chevy fan, you’re bound to love this exciting mix between a car and a motorcycle.

The 1957 Chevy motorcycle is a spectacle to watch, but does it ride well too? The motorcycle’s builder, Lupo, from Toulouse, France explains that the motorcycle is “really safe and comfortable.” He spent 3,000 hours crafting this Harley bike specifically to pay tribute to the 1957 Chevy Bel Air. Lupo used a Harley Davidson EVO engine and built the rest of the bike himself. He plans to sell his creation during or after the SEMA. 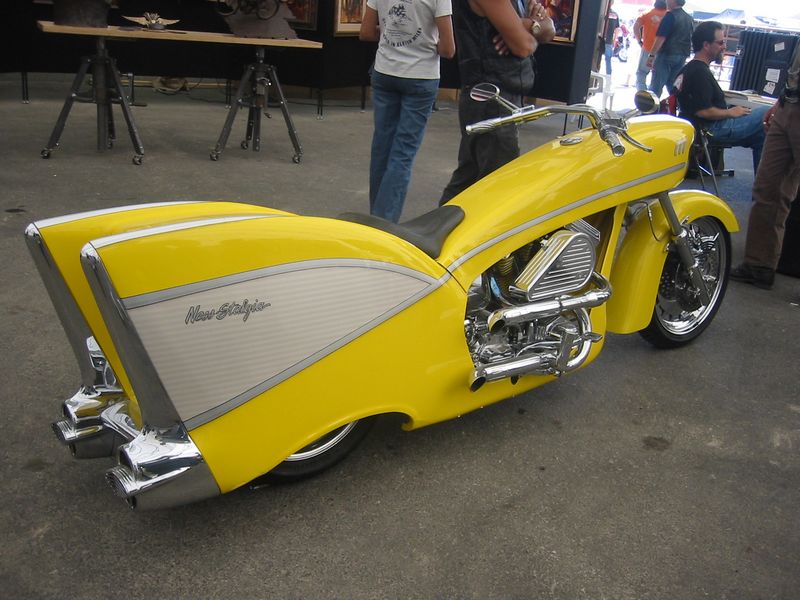 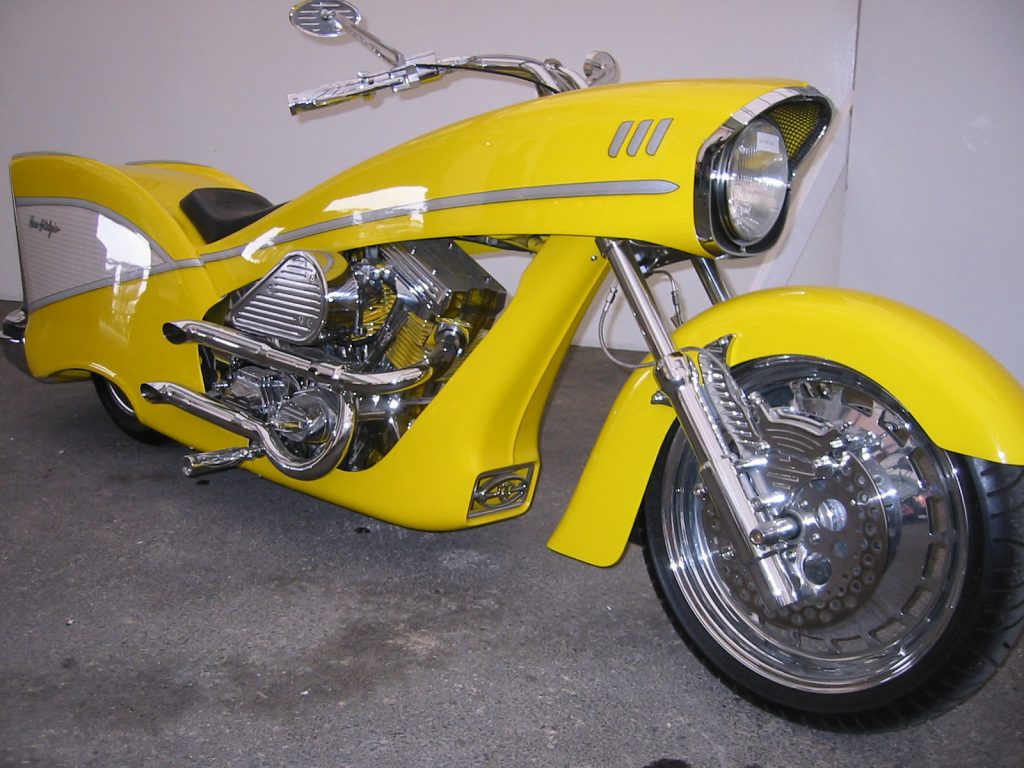 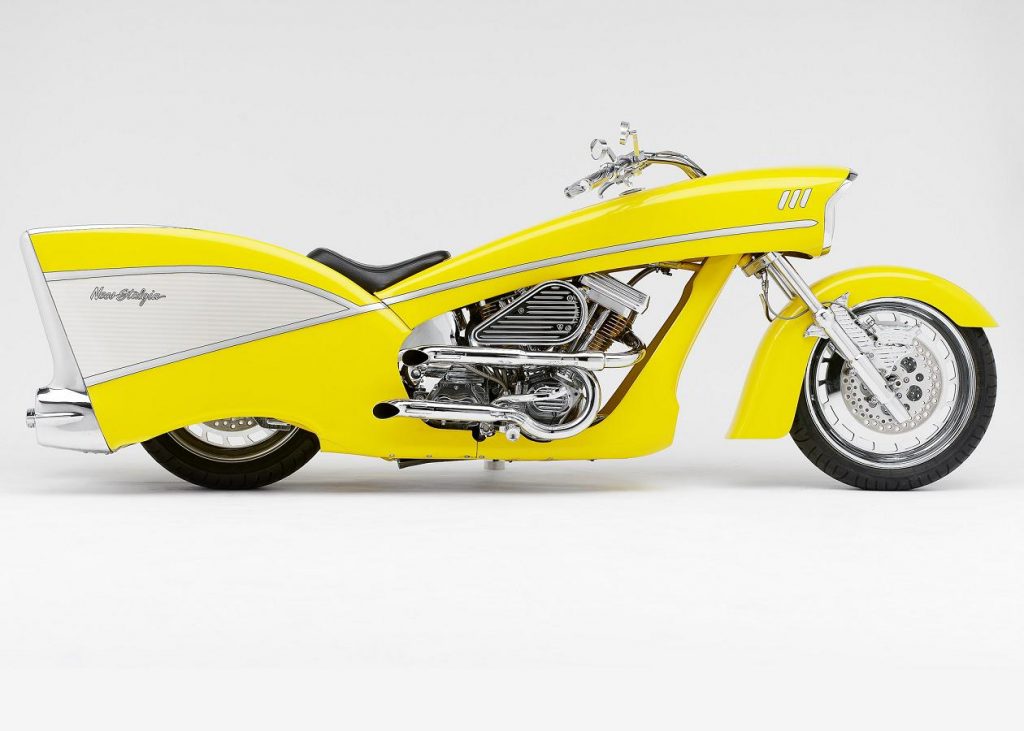 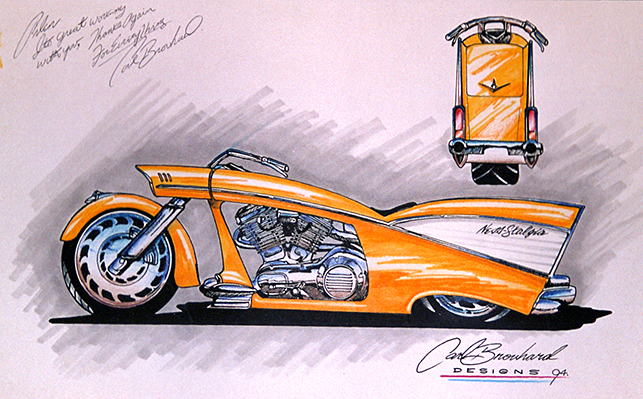 The Blastolene B-702 Is An Exceptional Handmade Roadster

This Six-wheel Steam-Powered Boattail Roadster Is A Carefully...

Really think I like the yellow one much better, just seems to follow the car leed off better& it’s just a better looking design & machine.

I want one in candy apple red…